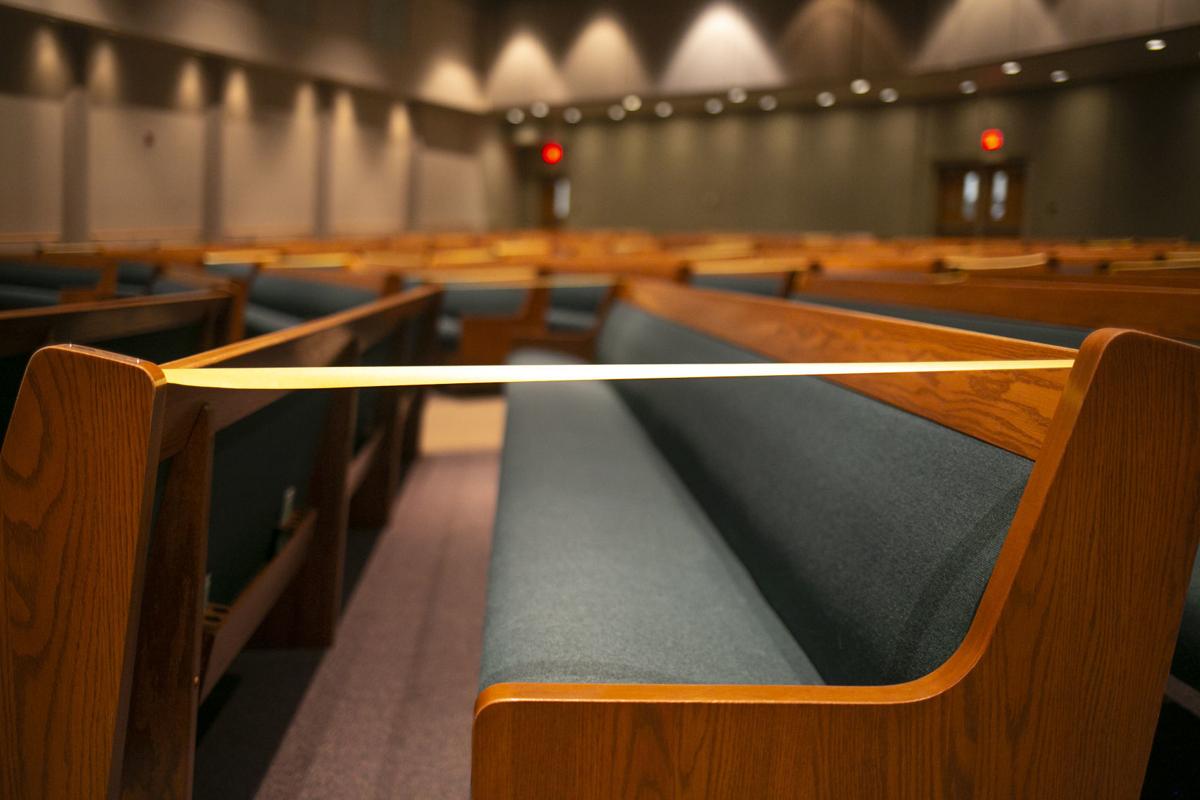 Alternating pews are blocked off with tape at Grace Bible Church on Friday in Bozeman. 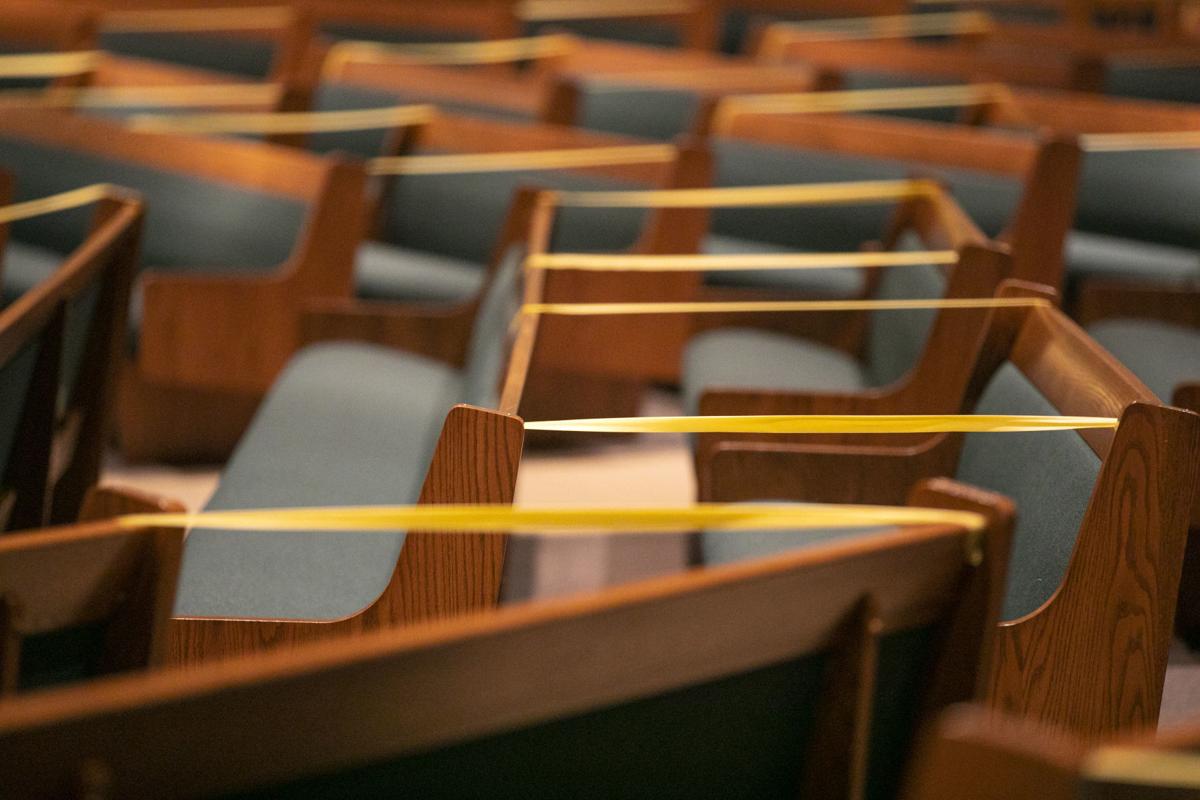 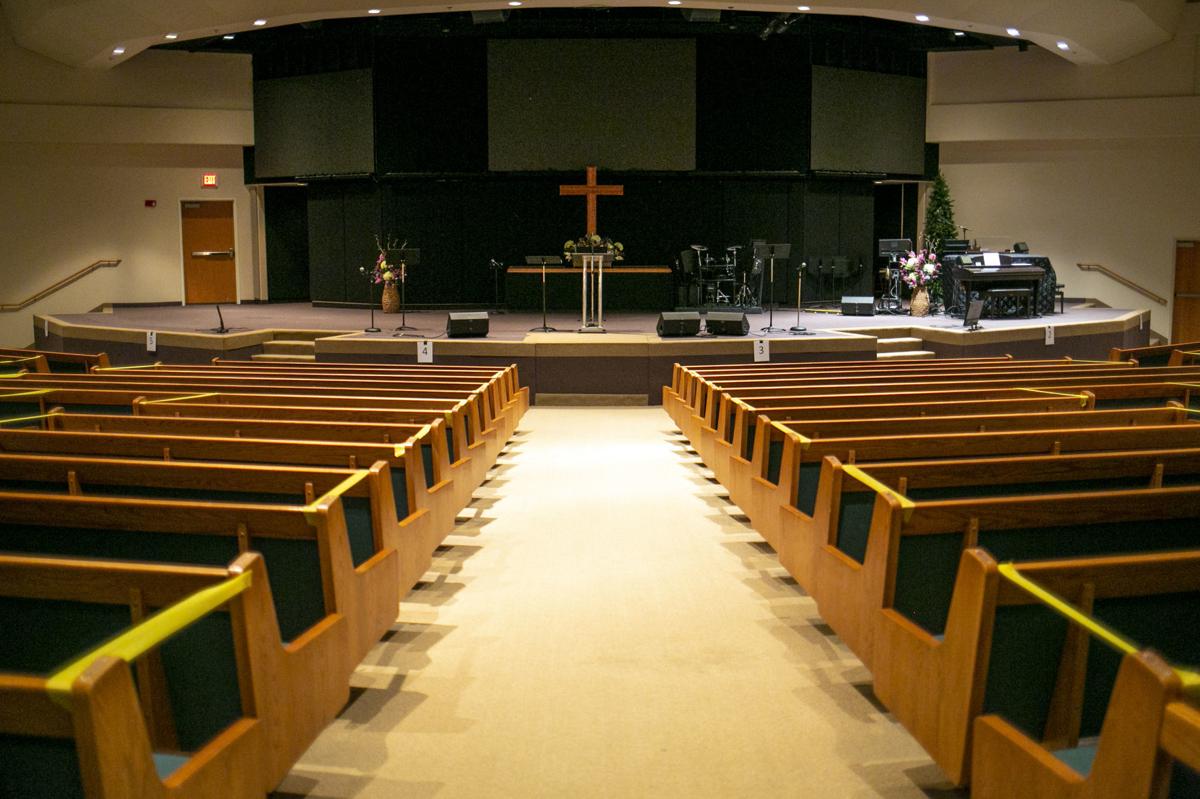 Alternating pews are blocked off with tape at Grace Bible Church on Friday in Bozeman.

As Montana enters phase two of its reopening plan Monday, local places of worship are taking their return to in-person services a bit slower.

After services mostly took place virtually since mid-March during the state’s stay-at-home order to stop the spread of the coronavirus, some returned in-person once the reopening plan began a month ago. When phase two begins, though, many places are sticking to what they’ve done in the past few weeks.

In phase one of the reopening plan, places of worship are allowed to “become operational with reduced capacity and strict physical distancing protocols between non-household members.” While the second phase doesn’t specify those places, the size of gatherings is allowed to increase from 10 people to 50. Any group larger than 50 people should be canceled unless physical distancing can occur, Gov. Steve Bullock’s directive says.

Churches that have hosted in-person services have emphasized physical distance between people who don’t live together. Those that haven’t continue streaming services online. Many, though, plan to continue their practices from phase one into phase two, regardless of the more lenient guidelines.

“I don’t know a pastor who doesn’t want to get back to having in-person worship like we used to have,” said Steve Schmidt, a pastor at Hope Lutheran Church. “But part of my vow is to keep my people safe. There’s motivation to not take it as fast as some people would like.”

Hope Lutheran will continue with online services through June to see how the county progresses in the coming weeks. Since health and government officials predict more cases as the reopening plan eases restrictions, Schmidt doesn’t feel the need to rush back.

Depending on how things go, the church may hold outdoor services, a less risky endeavor than gathering indoors.

In the meantime, Schmidt has led services via Zoom conference calls. Instead of livestreaming from an empty sanctuary or prerecording — two methods he described as passive — he enjoys having a live audience he can view. How long that remains the primary method is unknown.

“(We) have had people say we’re not coming back until there’s a vaccine,” Schmidt said. “Others would come back tomorrow if we had an in-person service.”

Grace Bible Church executive secretary Heidi Summitt said the move to phase two doesn’t change much. The church reduced the capacity of its sanctuary from 950 to about 280 in the past month, people who didn’t live together couldn’t sit together and alternating pews were unused.

While Sunday school for adults may begin soon, vacation Bible school and the regional biblical counseling conference the church would have hosted this summer are canceled.

As a lot of people still are watching the service from home, Grace Bible Church has continued holding two services on Sunday mornings. In between the two, about 20 volunteers have been cleaning each pew, doorknob and other frequently touched surfaces.

“It doesn’t take, long we have so many hands on board,” Summitt said. “We encourage everyone to leave and then people can come in and have a fresh, clean, sanitized sanctuary.”

Congregation Beth Shalom will continue virtual services and events “for the foreseeable future under phase one and two of the governor’s reopening plans,” according to its website.

Bozeman United Methodist Church Rev. Eric Strader explained his approach as wanting to “do no harm,” especially since many churchgoers are 65 or older and at greater risk of contracting the virus.

Strader said the church is considering returning to in-person services in July and perhaps offering a mix of on-site and online options. He wants to be prepared just in case there’s a spike in positive tests and the state reverts to a stricter phase.

During phase one, groups of 10 or less people have met either at the church or at someone’s house. That number may increase to 50, now that it’s allowed by the government, as long as they could stay 6 feet apart. But either way, they don’t want to push it.

“We want to be really cautious,” Strader said.