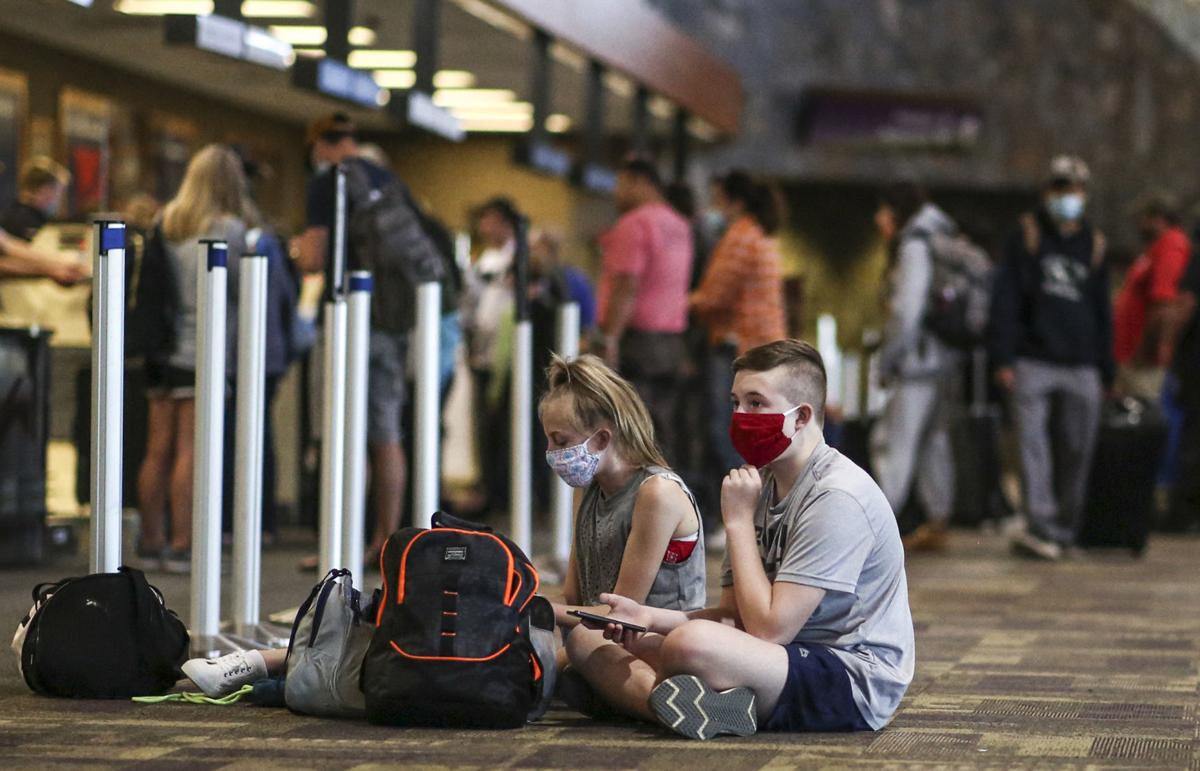 Kali and Colby Kaden wait with their mom, Terra Smith, at the Bozeman Yellowstone International Airport on Thursday. 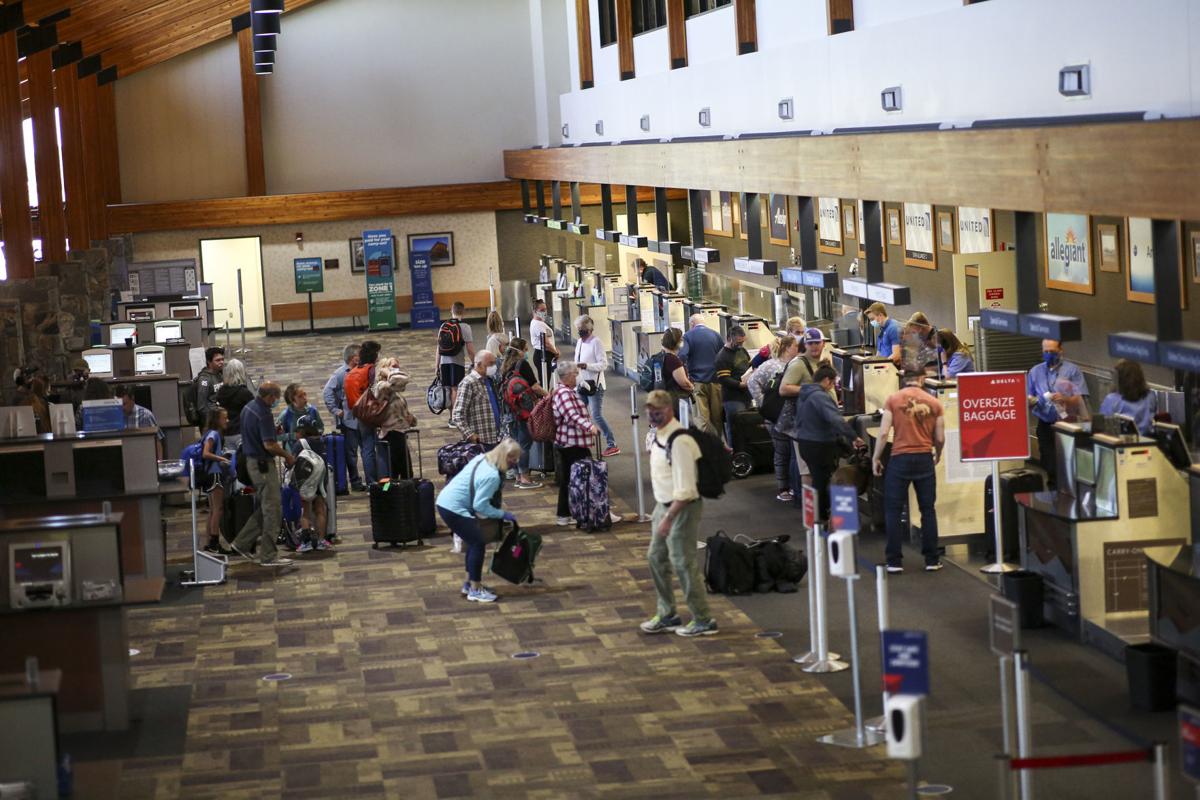 Travelers wait in the lobby of the Bozeman Yellowstone International Airport on Thursday, July 2, 2020.

Kali and Colby Kaden wait with their mom, Terra Smith, at the Bozeman Yellowstone International Airport on Thursday.

Travelers wait in the lobby of the Bozeman Yellowstone International Airport on Thursday, July 2, 2020.

The Bozeman Yellowstone International Airport is seeing its monthly passenger numbers steadily increase after a massive drop-off earlier this year because of COVID-19.

“It’s definitely improving, but it’s still quite a bit off from what we saw last year,” said Brian Sprenger, airport director.

Last year was the tenth consecutive year the airport set a record for passenger numbers — more than 1.5 million passengers passed through the airport in 2019.

Passenger numbers in March, when COVID-19 first hit Montana, were down from the year before but not quite as drastically as April and May. Over 42,100 passengers came in and out of the Bozeman airport that month.

Official June numbers won’t be out for a few weeks, Sprenger said, but he’s predicting that it will be around 60% of what the airport saw in June 2019.

Because of the drop in passenger numbers, direct flights to Philadelphia, Atlanta and New York’s La Guardia airport won’t be offered this summer. Sprenger said he expects flights to Atlanta to return during the winter and for the other impacted direct flights to be back on the table next summer, as long as there aren’t major travel restrictions imposed again.

“It varies by individual, obviously, but I think the people that are willing to travel are starting to feel more comfortable with all of the measures in place by the different airlines,” he said.

Those safety measures vary from airline to airline, but Sprenger said all are requiring masks.

Commercial airlines have pulled back on the number of flights coming in and out of Bozeman by about 30%, Sprenger said, and some are using smaller airplanes than before the virus. Those two factors mean that there are fewer seats available to some of the airport’s destinations.

The airport’s on-the-ground passenger services, like restaurants, are also reopening and expanding hours after COVID-19 closures.

“We have reopened the restaurant inside security, they’re open from basically late morning to late afternoon right now,” Sprenger said. “Outside security, the Bistro is now open from 5a.m. to 2p.m., so we’re starting to see the concessions open back up in response to the increase in passengers.”

Construction on the airport’s additional terminal is nearing completion and is scheduled to open sometime in November.

“We’re starting to do a lot of the interior work now, so things like wall coverings and the bathroom tile,” Sprenger said. “We’re not quite to carpet yet, but probably in the next couple weeks.”

Business aviation like corporate private jets have been recovering at a slightly quicker rate than commercial aviation, Sprenger said, and the numbers for private general aviation have nearly returned to pre-virus levels. Part of that is because of flight school activity, Sprenger said.

“A lot of those are solo students, so it’s very much social distancing,” he said.