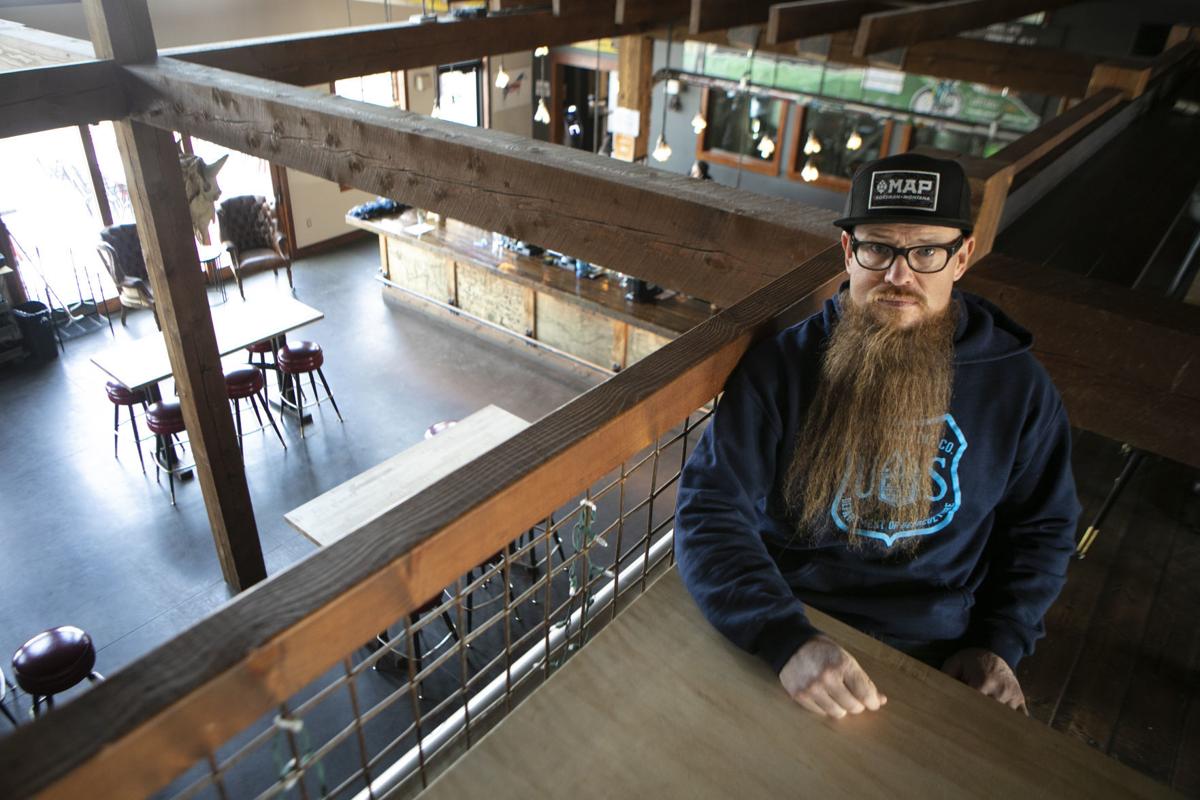 Dash Rodman, co-owner of MAP Brewing, sits on the second floor of his empty taproom Friday in Bozeman. MAP and other local businesses are attempting to navigate restrictions that ban dine-in service at bars, restaurants and other establishments. 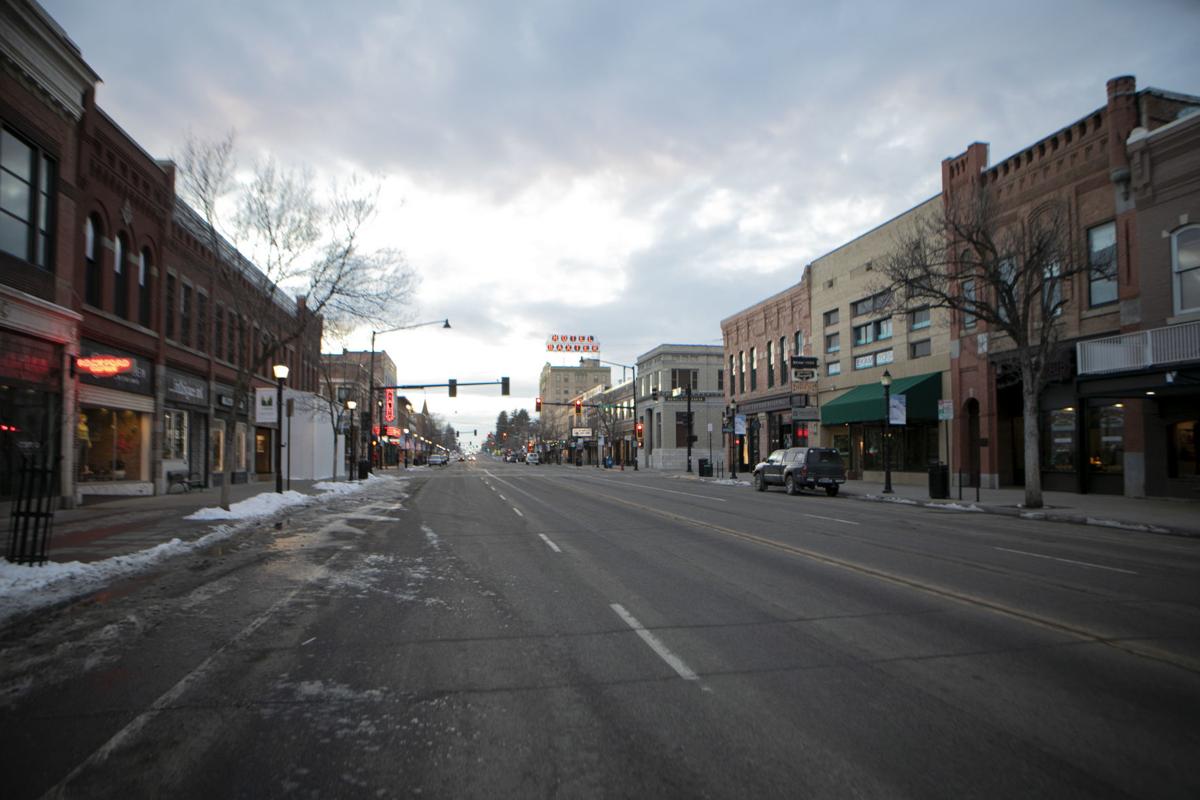 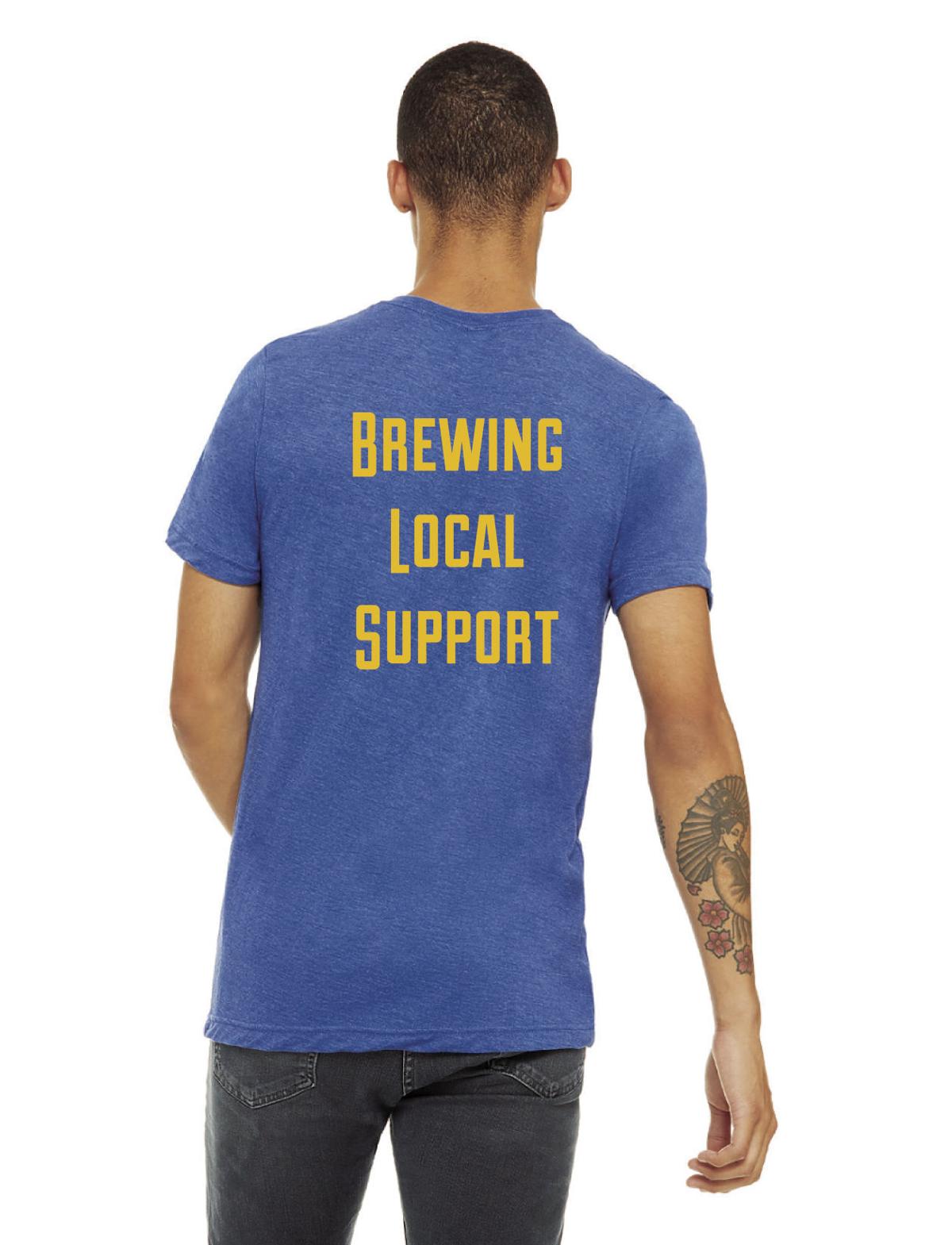 The back design of a shirt being sold by MAP Brewing Company.

Dash Rodman, co-owner of MAP Brewing, sits on the second floor of his empty taproom Friday in Bozeman. MAP and other local businesses are attempting to navigate restrictions that ban dine-in service at bars, restaurants and other establishments.

The back design of a shirt being sold by MAP Brewing Company.

Any night of the week it was tough to find parking at MAP Brewing, the popular craft-beer brewery and eatery on the north side of town with a friendly crowd, hip vibe and great views of the Bridger mountains.

All that changed when the coronavirus pandemic reached Montana.

It ordered all bars, restaurants, casinos, coffee shops, breweries and distilleries to close all but their takeout business, to help slow the spread of an aggressive virus that the World Health Organization reported Saturday has infected more than 234,000 people globally and killed 9,840.

The worst part was having to layoff 40-plus hourly employees, who work in the kitchen, tap room, brewery and delivery.

Many will file for unemployment. The owners offered that “if anybody falls on hardship, they should come to us,” he said.

“Right now there’s a lot of fear and uncertainty,” Rodman said. “All we can do is offer support and love.”

The Bozeman area’s economy — as bubbly as an award-winning ale since recovering from the Great Recession of 2008 — suddenly went flat as people were told to avoid crowds and stay home if possible.

Big Sky Resort and Bridger Bowl ski hills closed early. The university told thousands of students not to return after spring break. Bozeman’s vibrant downtown looks almost empty — all because of a tiny strand of viral RNA from bats in China that is more infectious and deadly than influenza.

Now, with the stock market plummeting 32% in one month, many wonder whether Bozeman’s good times have come crashing to a halt.

Nobody knows yet if this will be just a momentary blip in the area’s rising prosperity, or if the downturn will last a long time.

“What’s really going on is the economy is going into recession, that’s pretty clear,” said Patrick Barkey, director of the University of Montana’s Bureau of Business and Economic Research.

“It’s a big shock to the system, it’s going to put enormous stress on households,” Barkey said. “There’s a lot of pressure on companies to make payroll and just survive.”

Barkey added he’s grateful that leaders in Washington are taking action. Delaying the filing date for federal income taxes by three months was a good move.

“Now is not the time to be worried about government deficits,” he said. “The national government can borrow money, print money.”

He does see some slivers of good news. The American consumer hasn’t gone away and still wants to buy goods. The widespread shutdown of in-person commerce opens opportunities for online businesses. More people are learning how to do their jobs online.

One bit of good news for Gallatin County, he said, is “there are a lot of very wealthy people in Gallatin and Madison counties,” especially around Big Sky, and they’re probably staying in large homes and still spending money in the local economy.

Yet even an economic anchor like MSU, which gives Bozeman a lot of stability, he said, will take some hits to its revenue from cancellations by sporting events, conferences and international students.

“The bad news is, it’s not just Montana – it’s global,” Barkey said. “The good news is everything’s in place to bounce back, particularly the financial markets.

“There is a loss of confidence — people are running for the exits in the stock market,” he said. “There is a period of fear. Once we get over the worst part of this, we’re in reasonably good shape to bounce back. … (Then) we can start to make bets on the future again.”

But for now, a lot of businesses and households are going to find it hard to weather the storm. Projects are going to be put on hold. People are afraid, especially afraid of anything that puts them in close contact with others.

Before the virus hit, Bozeman Yellowstone International Airport was “on track to have our best year ever,” said Brian Sprenger, airport director.

BZN is by far Montana’s busiest airport, with more than 1.6 million passengers last year, almost as many as Billings and Missoula combined.

Now, airlines are slashing the number of seats available to fly into Bozeman by 15% to 60%. There was an exodus of skiers when Big Sky closed. Conferences are being canceled, California, New York and other states are telling people to stay at home, and even Disneyland is closed.

That last time Sprenger saw such drastic cutbacks was 19 years ago, right after the 9/11 terrorist attacks, when airports reopened in just four days.

Sprenger said he’s hoping that business might gradually return to normal over the next year, but in the meantime he’s bracing for a potential worst case of an 80% reduction in passengers in April and May.

“This is uncharted territory,” Sprenger said.

The good news is that there’s no need to disrupt the ongoing construction of the airport’s $30 million concourse expansion, already 75% complete. Construction workers can keep 6-feet of distance from others as they work.

But the airport also generates jobs for people working in gift shops, cafes, coffee shops, car rentals, cleaning and the like.

“For anybody working a job that has a lack of a safety net, I’m very worried,” Sprenger said. “It’s going to impact individuals and small businesses.”

But it’s not business as usual, said president Steve Langlas, for his 185 employees or dozens of subcontractors — electricians, plumbers and the like.

Following Centers for Disease Control guidelines, there are hand-washing stations at job sites, and meetings with owners are being held by videoconference to avoid getting people in close proximity.

Asked if he’s worried about the future, Langlas is cautious.

“We shouldn’t have to lay anybody off unless stay-at-home restrictions like California’s and New York’s become implemented in Montana,” Langlas said.

A friend in California told him there, unless people work in a few fields — like medicine, grocery stores or power plants — they aren’t supposed to go in to work.

“It’s too early to tell” what may happen, Langlas said. “There have not been any major project cancellations.”

SWMBIA has more than 200 members, from homebuilders to bankers, real estate agents, mortgage lenders and nonprofits like Habitat for Humanity, Fiedler said.

They have benefited for years from Bozeman’s building boom.

It helps that interest rates are low, she said, but a lot of potential buyers aren’t looking at properties. People have put off traveling for now.

“We’ve seen people back out of something right now, because things are so unknown,” she said. A lot of people are “worried and scared and hunkered down.”

She personally tries to be optimistic, to look for opportunity and ways to be creative, to find solutions.

“Everybody is going to be struggling,” Fiedler said. “We’re in it together.”

It’s too soon to tell the impact of the coronavirus on Bozeman’s real estate industry, said Claire Gillam, Realtor-broker with Berkshire Hathaway and president of the Gallatin Association of Realtors.

Before this week, real estate agents were really busy, gearing up for a great spring, she said.

The latest GAR report for February sales of single family homes reported that the median price in Gallatin County had increased 6.7% over the year before, up to $447,950. The number of days a home stayed on the market dropped to 75, a decrease of 23%.

Mortgage rates are an all-time low – 3.75% for a 30-year loan, Gillam said. And Realtors know how to work from home and give online virtual tours of their properties.

“I got a couple buy-sell agreements this week,” she said. “I have a few closings. It’s still happening.”

Still, she said, “there’s a lot of scared people.”

Gillam recalled hearing a speaker at a Bozeman Area Chamber of Commerce dinner say that more than half of the people moving here don’t depend on local jobs for their income. Instead they’re retired, telecommute or are independently wealthy.

“I’m still hopeful,” Gillam said. “I think there will be a couple of rocky quarters, (but) we’re still a target,” a community people want to move to.

Love in the time of coronavirus

Downtown Bozeman wasn’t exactly a ghost town this past week, but the handful of folks ambling along the sidewalks passed each other at a distance, drifting by like tumbleweeds.

Restaurants, bars and distilleries were closed, but Owenhouse Ace Hardware and many retail shops remained open. Coffee shops advertised on sidewalk chalkboards that they were still offering takeout lattes.

“Foot traffic has fallen off dramatically,” Paliobagis said. “But our phones are ringing and we’re getting online orders. We’re doing everything we can to keep everybody employed.”

The Country Bookshelf is responding creatively to coronavirus restrictions — offering free deliveries in Bozeman and Livingston, offering customers the chance to call in orders and pick them up at curbside on Main Street, and offering $1 shipping to send books anywhere in the country.

Since it can’t hold author events, the Bookshelf is planning a virtual meet-up with husband-wife writers David Quammen, author of “Spillover,” on the Ebola epidemic, and Betsy Gaines Quammen, author of “American Zion,” on Cliven Bundy and those who distrust government and science. It will be on Facebook Live, March 25, at 6 p.m.

The bookstore has about 10 employees, but isn’t filling a recent vacancy and isn’t hiring summer help. This week it reduced shop hours to 10 a.m. to 6 p.m. Right now she has no plans to close, unless ordered to do so.

“I’m very, very concerned,” Paliobagis said. “I’ve hardly slept for days. … It could affect us for months, or years. It’s definitely going to put us in a recession. It will affect tourism. It will affect every business in the community. This is a long-term game we’re playing.”

For her, the silver lining has been the heartwarming actions of customers and fellow business owners.

“Businesses are reaching out, sharing love, asking how they can support local businesses. There are a lot of beautiful ways people are reaching out and helping each other.”

MAP Brewing is also getting creative, trying to help its laid off employees.

Rodman said they just designed a T-shirt to sell for $25 apiece to raise money for an employee relief fund. The shirt has a stylized hops image on the front and “Brewing Local Support” on the back. He hopes to start selling shirts online next week and deliver them to people’s homes for free.

And he’s glad to give an order to the local T-shirt company, also facing hard times.

“Their company has come grinding to a halt, too,” Rodman said. “One hundred percent of the proceeds will go to the employee fund. We’re hoping to raise a few thousand dollars.