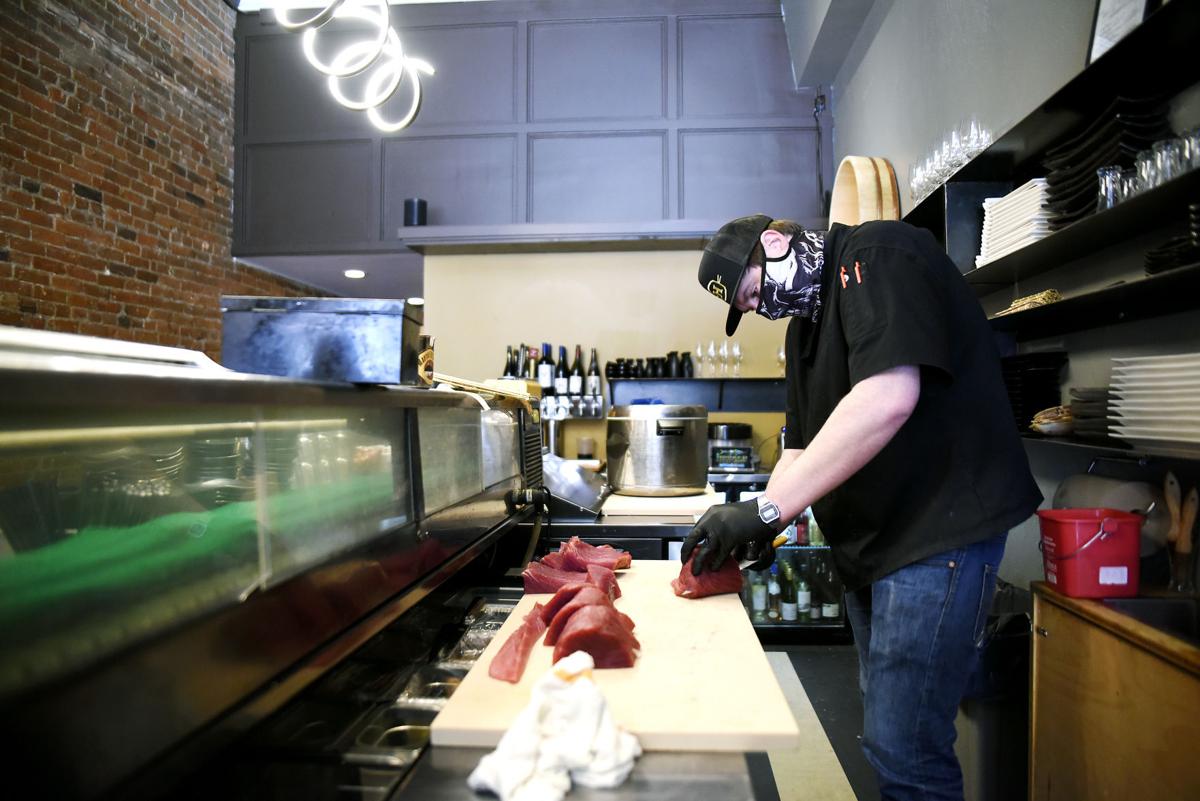 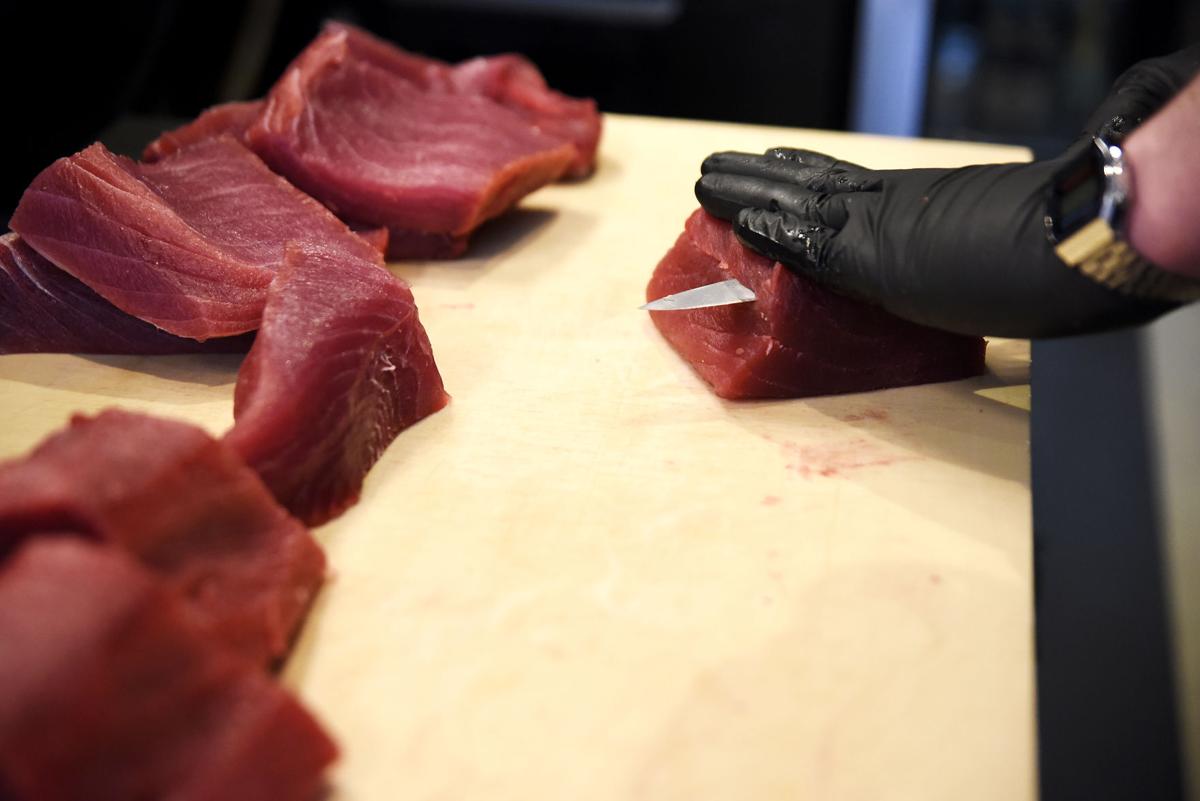 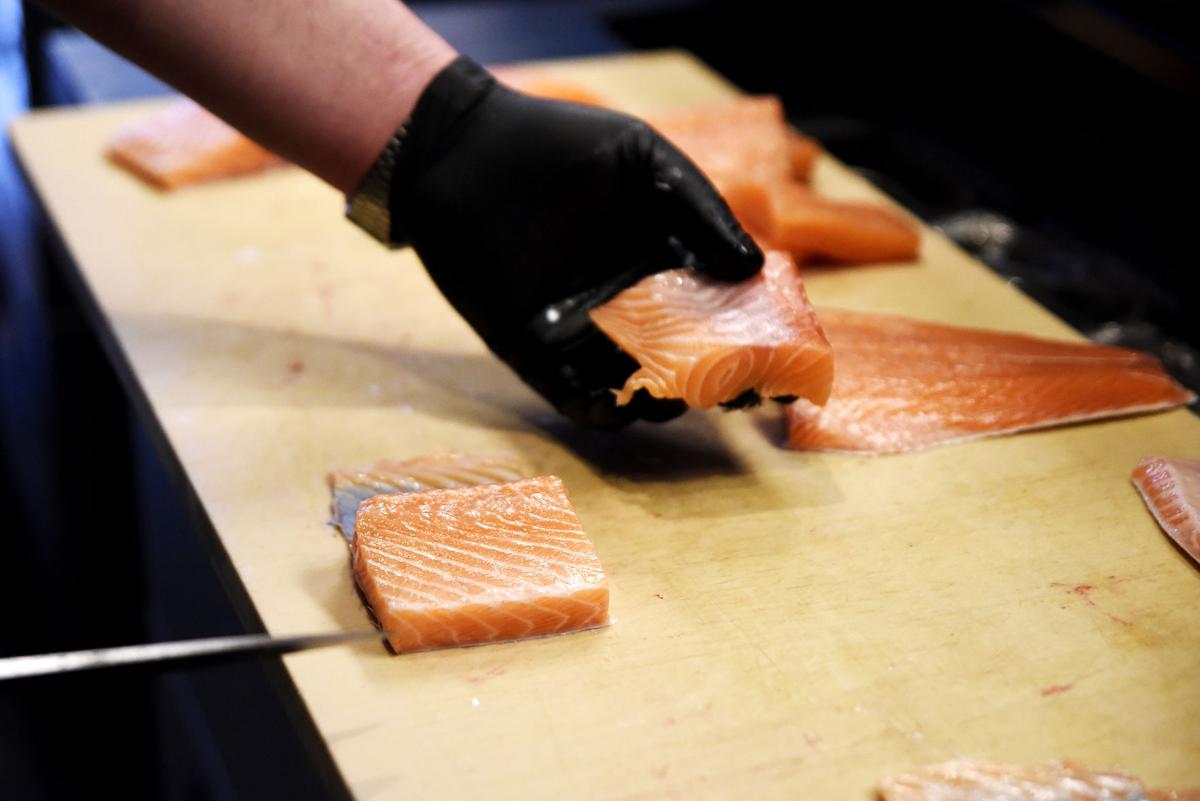 For Chris Unger, the quality of the fish at new restaurant Hooked Sushi is the key.

“You’re basically just taking a fish and putting that on show,” said Unger, a co-owner and operator of Hooked Sushi alongside business partner Jonathan Slye. “We’re making sure the fish shines.”

Hooked Sushi opened in the former home of the Montana Fish Company restaurant in February, serving up specialty rolls with names like the Top Gun and Yo Jimbo alongside sushi classics like sashimi, unagi and California rolls.

All rice is prepared in a hangiri, a traditional Japanese wooden tub, and customers can order beer and wine ranging from sake and Japanese beer to MAP Brewing Co. beers and even Miller High Life.

Unger said he and Slye have worked in Bozeman restaurants for years, and Unger, a born-and-raised Montanan, has helped open several local restaurants as a general manager, but not an owner.

Owning their own restaurant was always the goal, and around this time last year, the duo was working to open a different restaurant. But the pandemic and the shutdowns cut off that opportunity.

Hooked Sushi opened on Feb. 16, just a few weeks shy of the anniversary of the first COVID-19 cases in Montana and the ensuing shutdowns, during which unemployment skyrocketed and many people in the hospitality industry lost their jobs or were laid off.

Having Hooked open now is an extra sweet victory, Unger said. The goal, in addition to serving high-quality food both in the restaurant and as takeout, is to have happy employees and customers.

“It’s something that, at times, doesn’t feel real,” he said. “It’s awesome to be able to open a place during COVID and be able to get people jobs again.”

Hooked employs 18 people, some who were also former Montana Fish Company employees. It also is keeping the old restaurant’s beloved port tonkotsu ramen and veggie ramen recipes, something Unger said he was asked about often by the baristas at Zocalo next door.

And the downtown location of the restaurant, at 119 E. Main St., puts it in the heart of downtown and the downtown business community, something Unger said has been another positive.

“We’re super fortunate here in Bozeman to have the support of the community,” he said. “It warms my soul to feel the support from everyone who comes in.”