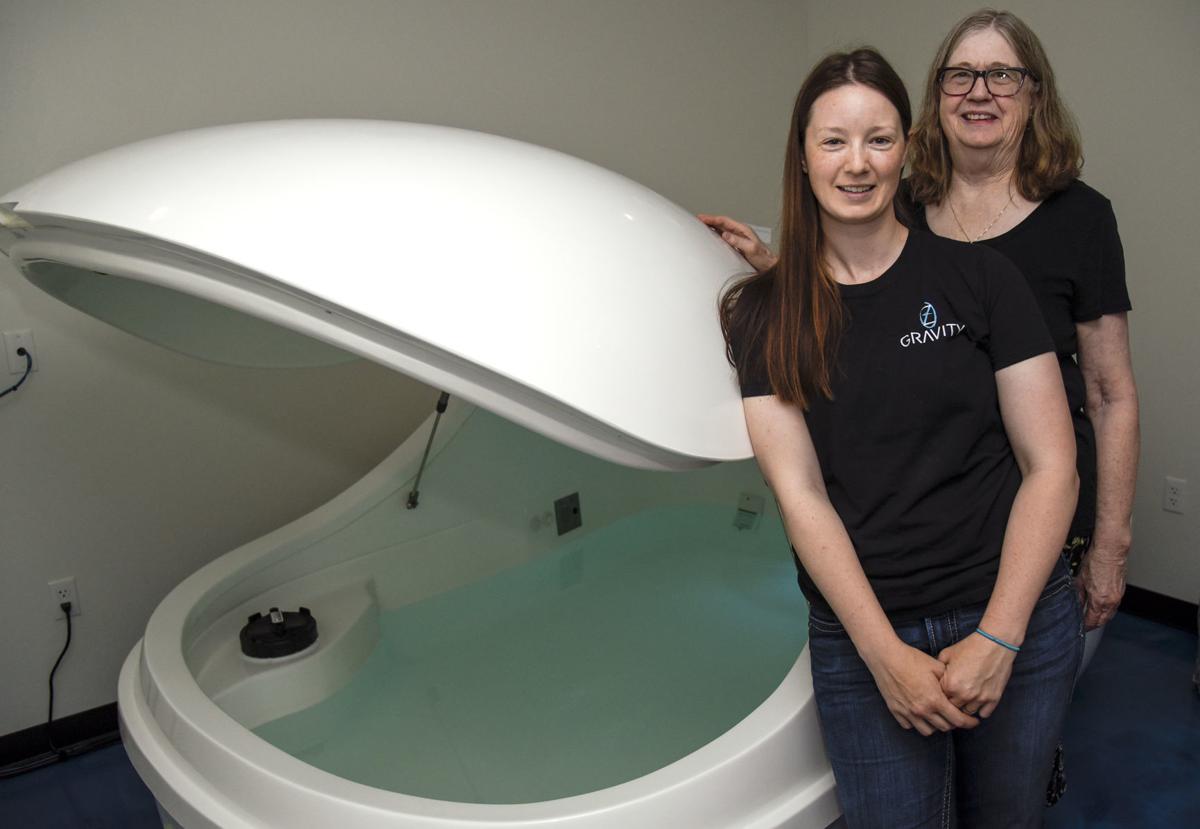 Co-owners Jessi and Sylvia Sparkman pose next to one of the float pods at Zero Gravity Floating. 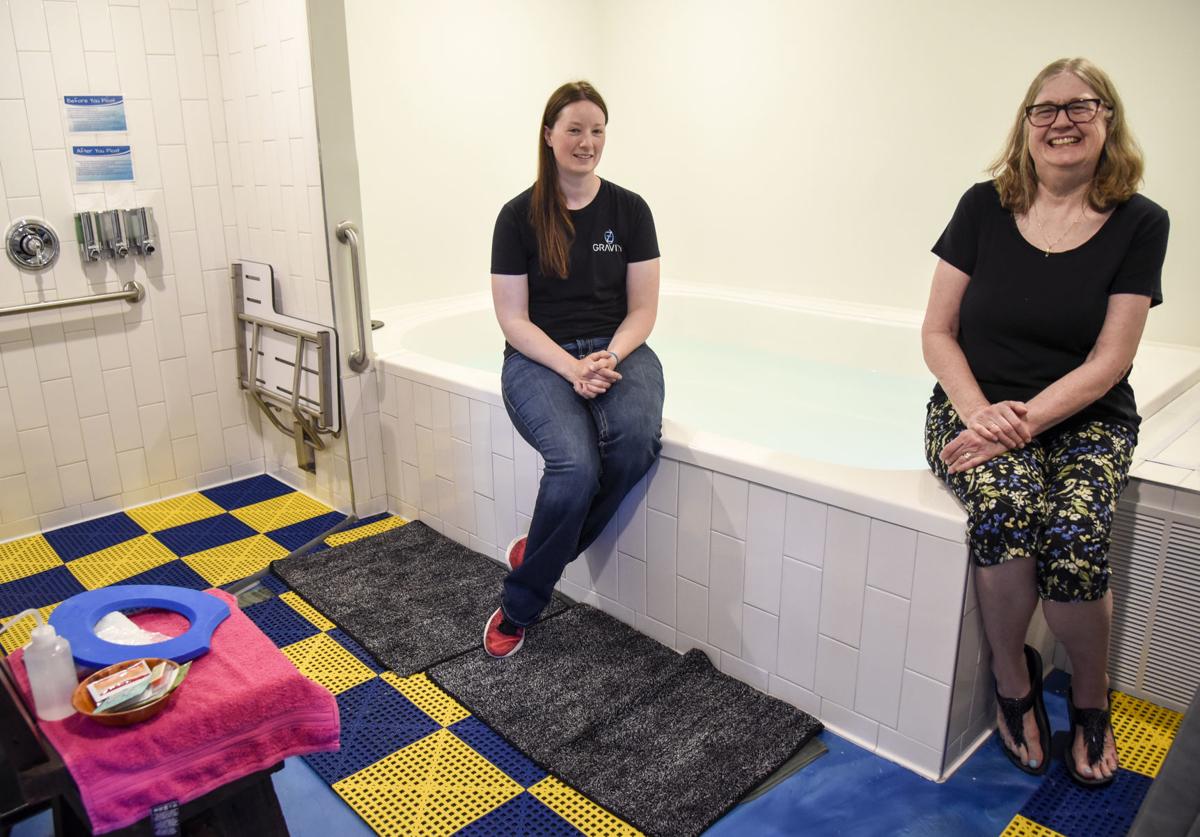 Co-owners Jessi and Sylvia Sparkman pose for a photo next to the float pool at Zero Gravity Floating on July 12, 2019. 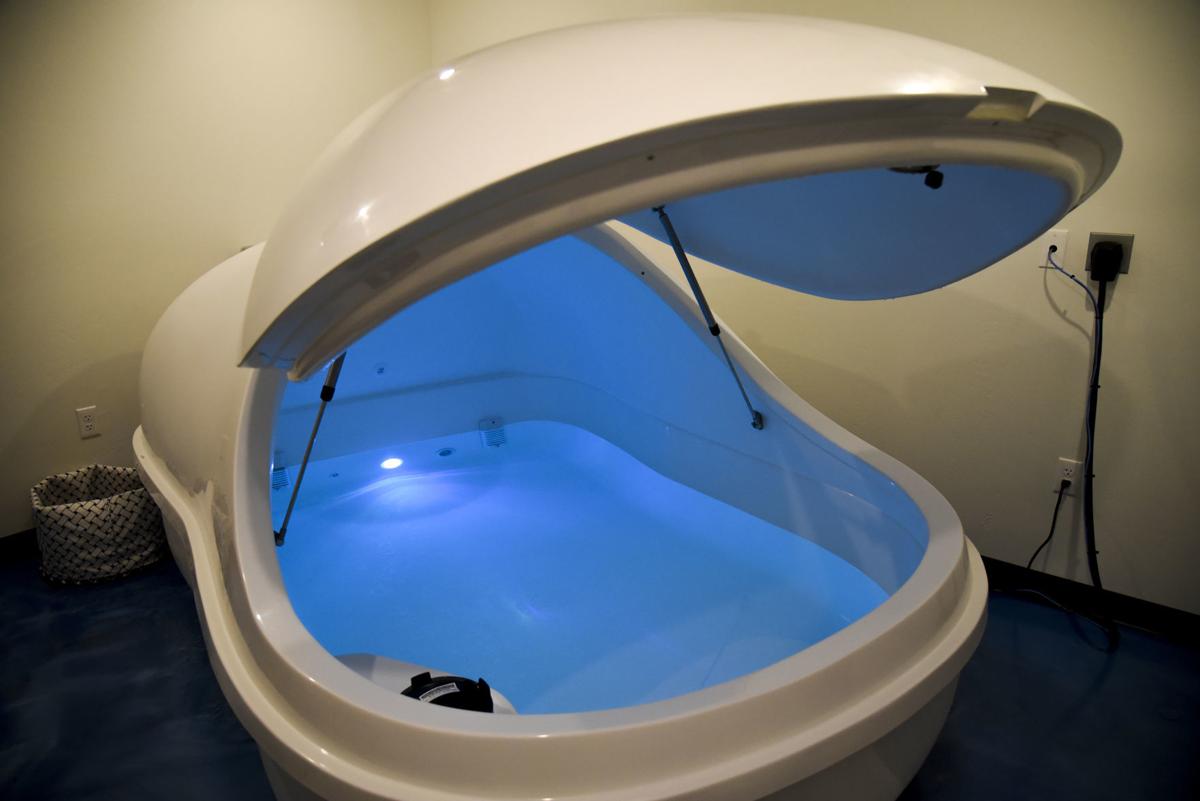 Zero Gravity Floating is equipped with four pods and one float pool.

Co-owners Jessi and Sylvia Sparkman pose next to one of the float pods at Zero Gravity Floating.

Co-owners Jessi and Sylvia Sparkman pose for a photo next to the float pool at Zero Gravity Floating on July 12, 2019.

Zero Gravity Floating is equipped with four pods and one float pool.

The first time Jessi Sparkman dipped into a sensory deprivation float tank, she described the experience using one word: cerebral.

Most of the hour she spent floating in a tank of warm water and Epsom during a trip in Portland was spent in a half-asleep state, where she had vivid, lucid dreams that she was flying through the cosmos.

“My first experience floating was life-changing,” she said.

The whole drive back to Montana, she and her family talked about their floats and what it would take to get a service like that to Bozeman. By the end of the trip, she said they were convinced they had to start the business. So she and her mother, Sylvia Sparkman, did research, drafted a business plan and opened Zero Gravity Floating on April 30.

The float spa’s owners said it is the biggest in Montana, with four pods and an ADA-accessible pool. Each room is designed to be sound-proof and block any outside light.

While the Sparkmans recommend floating for an hour, there are 30-, 90- and 120-minute sessions. Massages are also available, separate or along with a float. An hour-long float costs $55.

Each pod holds 800 pounds of Epsom salts. The salt-to-water ratio is about 10 times greater in the pods than it is in the Dead Sea, Jessi Sparkman said, so floating isn’t a problem.

The water is at 94 degrees and designed to be about the same temperature as the skin. Many people lose track of where their bodies end and the water begins, she said, and some say the release of joint pressure from floating helps with aches and pains.

The aftereffects of floating differ from person to person, she said. Some people, like Jessi, feel relaxed, energized and awake afterward, while others mellow out. Regardless, everyone feels like a noodle, she said. She often sleeps better and feels more calm following a float.

“It’s a joyful experience,” Jessi Sparkman said. “It lets me exist in the moment.”

Float therapy is a growing trend in Montana. New Wave Float, another float spa, opened in Bozeman 2017, and Whitefish and Missoula also have spas. Sylvia Sparkman said after she and her daughter did market research, they thought Bozeman would be a good fit for the business. They hope other people get as much out of it as they do.

“It took me a while to realize doing nothing was actually doing something,” she said.