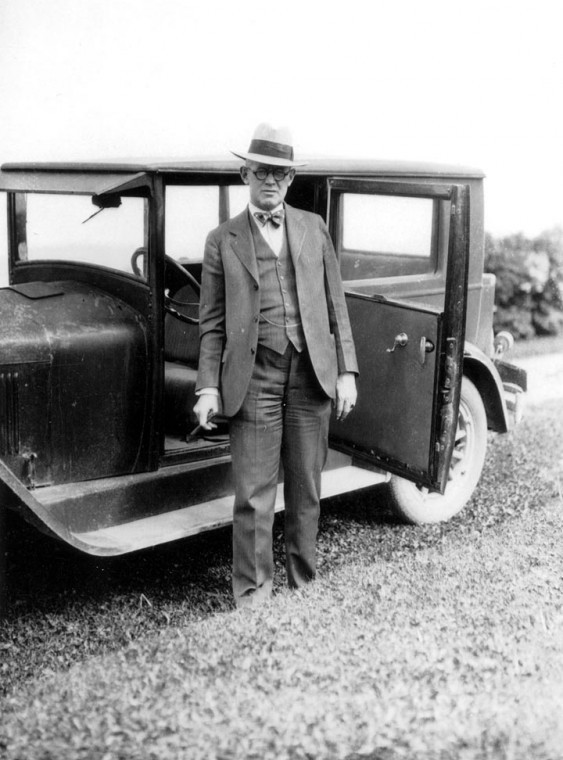 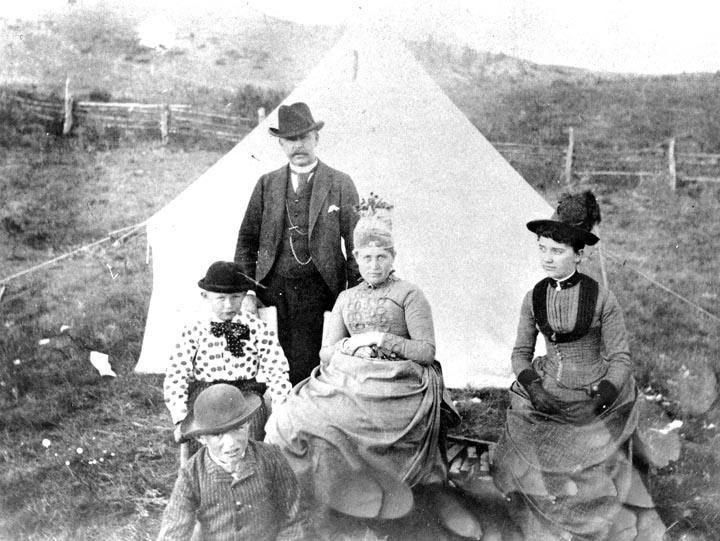 A young Fred Willson (in polka dot shirt) poses with his family for a photograph.
1 of 2

A young Fred Willson (in polka dot shirt) poses with his family for a photograph.

Talk a walk down Main Street.

Sure you've done it a thousand times before.

But this time, look up at the whimsical, miniature faces carved along the front of the Fechter building at 128 E. Main St. Or notice the Art Deco flourishes molded into the exterior walls of the Gallatin County Courthouse. Take a glance at the theatrical motifs above the marquis of the Ellen Theatre.

The aesthetics and utility of those buildings and many more in the Bozeman area are the work of one man — architect Fred F. Willson.

Willson, who left a visual mark on Bozeman in a way not many have, was a modest man who would be astonished at the number of fans he's garnered over the years, local historian Ann Butterfield said.

"He was such a humble man," said Butterfield, a Willson aficionado who works at the Pioneer Museum, which itself is located in a building the architect originally designed as the county jail. "I think he would be surprised that his buildings had an impact at all."

Retired architect Bill Grabow, who worked with Willson and took over his firm when Willson died in 1956, agreed.

"He was laid back," Grabow said. "He wasn't trying to make a name for himself."

Fred Willson was born on Nov. 11, 1877, to Civil War Brig. Gen. Lester S. Willson and Emma D. Weeks Willson about a decade after the pioneering couple followed Lester's brother, Davis, to the tiny settlement of Bozeman.

Lester Willson was "a prominent figure in mining, merchandising and banking in this territory and state" and founder of the Willson Company department store, according to Fred Willson's obituary.

Lester Willson had come west on trains and stages, following a less-perilous route than his brotherna State University professor Kim Allen Scott told history fans at a 1998 fair. He traveled through Nebraska, Denver and Salt Lake City to Virginia City, where he was wined and dined by territorial Gov. Thomas Meagher, who then loaned Lester Willson his carriage for the final leg of the journey to Bozeman.

Davis Willson, on the other hand, made his way to Bozeman via the rougher and more dangerous Bozeman Trail, where Native American warriors often attacked wagon trains.

In 1868, Lester Willson was elected to the Montana Legislature, where he succeeded in making Bozeman the county seat, thereby boosting the town's economy and its chances of survival.

When Lester Willson died in 1919, he received one of the biggest funerals the town had ever seen. In his honor, Bozeman's Central Avenue was renamed Willson Avenue.

After growing up in Bozeman, Fred Willson enrolled at Montana State College, attending classes on the campus for which he later designed several buildings. According to his 1956 obituary, he earned a bachelor's degree in architecture from Columbia University in 1902 and then spent two years traveling throughout Europe and taking classes in Paris at Ecole des Beaux Arts, Butterfield said.

On his journeys through France, Germany, Italy and Switzerland, Willson saw a variety of architectural styles, from rococo Gothic cathedrals to what architect Grabow referred to as "old European style."

"The one thing that characterizes Fred Willson's work is its diversity and mastery," said Lloyd, who named his dog Willson, "with two ‘L's.'"

"He designed so many different projects, especially residential, and they're all great examples of architecture. But there's not an identifiable style. He didn't work in a particular genre and worked across various styles. That's a testament to his training," Lloyd said.

From Georgian and Mission Revival to Art Deco and Craftsman styles, Willson's structures, from public buildings to private homes, were pleasing and "fit the lifestyle of the people using" them, Butterfield said.

In fact, that was at the top of his list of architectural philosophies.

"Since no two problems are the same, the architect must visit the site, become intimately acquainted with the family or owner who is to occupy the structure," Willson said in a 1954 address to the MSU Quest for Knowledge group. "He must try to get himself into their way of thinking, living or operating. He must study their personality, mode of living, individual family requirements and provide a structure suitable for their needs.

"Few people realize the care and thought necessary to secure the maximum of useable space and still have an attractive interior and exterior. He must have knowledge of balance, proportion, scale and harmony. There is a fundamental reason for every feature embodied in a structure. It must have refinement, simplicity, beauty and good taste. Thus an architect's business is to make the things of daily life beautiful."

And that he did.

The inventory of his work, too long to list here, includes designs, updates and supervision of more than 1,050 projects from "elaborate homes, modest bungalows and efficient apartment buildings" to all of Bozeman's older schools (Emerson, Willson, Longfellow, Hawthorne, Irving and the original part of the high school), the Chronicle reported in 2009.

A person would have trouble turning a head in older sections of Bozeman without seeing a Willson building.

"He was versatile and he did each style precisely inside and out," Butterfield said. "I just think he thought he was doing the best job he could for his clients."

Willson married Helen Fisher in 1913 and they had three children — Lester, Virginia ("Gee") and Beverly ("Bee"), said Butterfield, who interviewed Bee before she died.

When not at work, Willson enjoyed boxing, ice skating and taking drives, Butterfield said, and was an accomplished musician who played cello, violin, organ and piano and performed with quartets around town. He and Helen also loved live theater and movies.

The family had a camp in Gallatin Canyon where they liked to spend weekends. And although he enjoyed the physical labors of chopping wood and building porches, Willson often also brought along sketches to work on.

Grabow, who worked with the famed architect for about six years before Willson died, said he was a well-mannered, even-keeled individual.

"He was very much an old-school gentleman," he recalled. "He dressed very immaculately and never raised his voice about anything. I never saw him mad."

He also took the time to teach Grabow about the trade.

"I enjoyed working with Fred. I was a neophyte," he said. "I had just gotten out of the service and out of college, I didn't know anything about the business end of architecture and he taught me that there was a way of doing business that I didn't know before."

Many of Willson's buildings were unadorned and constructed of inexpensive materials. But they were materials that "stand the test of time — terra cotta, brick and stone," Grabow said. "They won't deteriorate to the point that they are worthless."

The federal Works Project Administration brought a fair amount of work his way, including design of the county courthouse on West Main Street, an imposing building which happens to be Grabow's, Lloyd's and Butterfield's favorite.

"A civic building needs to have a presence to it that reflects its purpose," said Lloyd, who has worked on several Willson buildings with Comma-Q Architecture Inc. "The courthouse design belies solidity and stability through detail, proportion and materials."

Grabow said the courthouse, in particular, "has the design that I like. Its proportion, its style and materials all seem to work together and how it sits on the site. That to me is architecture."

Over the years, Butterfield said, Bozeman citizens have grown fond of Willson's contributions.

"As a credit to his design abilities, the community of Bozeman has cherished those buildings and worked to preserve them," she said.

Willson was a pillar in the community, taking on any "enterprise aimed at bettering the lot of groups or individuals," the Chronicle reported upon his August 1956 death. "One thinks of an anchor dropped into the seething waters, holding the ship firm and safe. One thinks of all things sturdy and strong and secure, when one tries to evaluate properly the life of Fred F. Willson."

Jodi Hausen can be reached at jhausen@dailychronicle.com or 582-2630.